GoPro vs DSLR – Find Out Which One Comes Out On Top

Deciding between a GoPro vs DSLR camera is never an easy choice. On one hand, the GoPro gives you remarkable portability that makes it an optimal choice for travellers, but on the other hand, DSLR cameras reign supreme when you are looking for a high-quality result. So, which one should you pick?

There’s a host of factors that you need to take into consideration when trying to decide between GoPro vs DSLR cameras, from size and weight to quality and format. In this post, we’ll cover everything you need to know about both types of cameras so you can make a sound decision.

Compared to DSLR cameras, GoPros are way more compact, which makes them the ideal pick for photographers who champion portability the most. Moreover, GoPro cameras can be placed anywhere. You can hook them up to a selfie stick, put them on a moving object, and more.

GoPro cameras are so small that you can bring them with you anywhere you go by putting them in your bag or even in your pocket. When it comes to weight, GoPro cams range from 2.5 to 4.2 oz, whereas DSLR cameras can weigh up to 1.5 lbs. Quite a significant difference here.

GoPro Hero 8 is an excellent choice for someone who seeks superb portability and high-quality production. The unit weighs around 5.0 oz with the batteries included and it can shoot videos in 4K resolution with three different levels of stabilization, thanks to HyperSmooth 2.0 technology.

Capturing high-quality images is almost subsidiary for the vast majority of GoPro cameras since they’re designed with the sole purpose of being video action cameras. Having their small size in mind and their tiny lenses, GoPro cameras can’t capture as much detail as DSLR cameras.

DSLR cameras are quite bulky, but they make up for it with exceptional image quality, thanks to their comparatively larger lenses which are able to create a wide range of effects. Also, it’s easy to change lenses for your convenience on a DSLR camera, which can’t be done with a GoPro.

It’s also worth noting that DSLR cameras have superior ISO settings compared to GoPros. This enables them to capture high-quality images even in poor lighting conditions. Just keep in mind that the higher the ISO value, the more image noise you’re going to present in your photos.

Not sure which DSLR camera you should go for? The Nikon D7200 is one of the best mid-range DSLR cameras on the market today. It has a 24MP sensor, an ISO range of 100 to 25600, and it can capture images in JPEG and RAW format. As far as video resolution, it captures in 1080p. 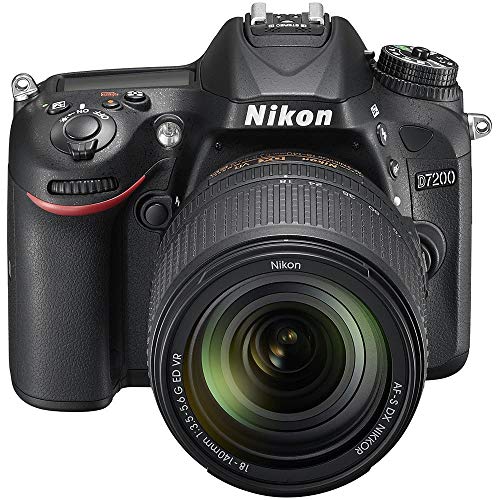 Deciding between a GoPro vs DSLR camera in terms of video formats is where things get a bit tough. GoPro cameras, as we’ve already established, are action cameras that are designed and optimized primarily for capturing videos, which is why they’re preferred by traveling enthusiasts.

GoPro cameras can shoot videos in an impressive range of formats. If we’re talking 4K alone, a recent GoPro like the Hero 8 can shoot in WideWide Lens, SuperView Lens, and Linear Lens at various fps. The same applies with 2.7K and 1080p videos, in addition to Narrow Lens format.

Nikon D7200, on the other hand, can only shoot videos in basic 1080p and 720p formats. Some GoPro cameras like the Hero 8 and Hero 5 can shoot with frame rates up to 120 in some of their formats, which is brilliant because lower frame rates are a pain in the neck in post production. 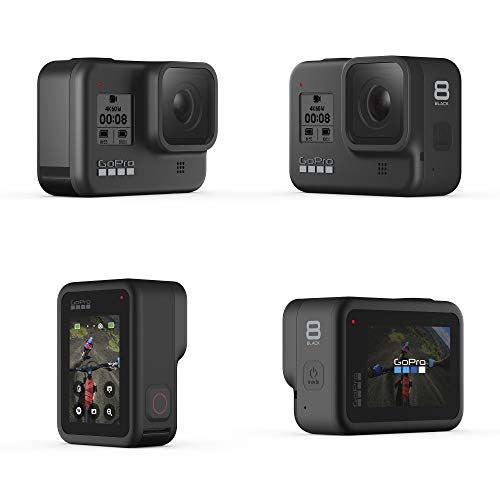 You won’t find many DSLR cameras that can shoot 4K videos, and if you do, they’ll probably be a lot more expensive than GoPro cameras. Further, the frame rates on DSLR cameras are only as high as 60 fps. This is satisfactory for the majority of people, but not for action aficionados.

Considering the fact that GoPro cameras are designed as action cameras, it’s to be expected of them to flaunt superior video stabilization capabilities compared to DSLR cameras. With the aid of a GoPro camera like the Hero 8, you can forget all about shooting shaky videos.

The GoPro Hero 8 is equipped with HyperSmooth 2.0 technology, which helps provide excellent video stabilization. If the Hero 8’s stabilization capabilities aren’t enough for you, we recommend investing in a gimbal. Not sure which gimbal to purchase? Check out the Hohem iSteady Pro3. 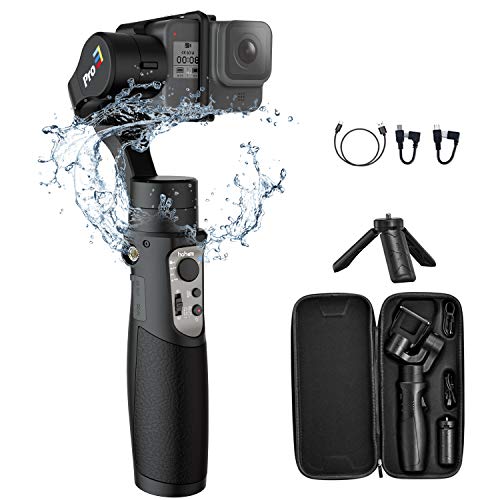 Most budget-friendly DSLR cameras don’t feature onboard stabilization features like their GoPro counterparts. You’ll have to spend quite a lot of money in order to get a DSLR camera with good stabilization. With that said, it’s safe to say that GoPro cameras win in this category.

Like we’ve previously stated, GoPro cameras are equipped with small, unchangeable lenses, so they won’t really provide the image quality that their DSLR counterparts can provide with the aid of their larger lenses. DSLR lenses also allow more light, which improves the image quality.

Another advantage of having a DSLR camera is the zooming capabilities. You’ll be able to shoot from far away and still capture a great deal of detail. This can’t be done with a GoPro. Moreover, you can add a wide-angle lens to a DSLR camera. But to be fair, GoPros have this built-in.

The fact that you can change the lens on a DSLR camera opens a wide door of possibilities. For instance, you can add a lens with low F-stops, which will allow you to take photos with a blurred background effect, which is an essential effect to have if you’re into taking portraits.

With a GoPro camera, however, it’s just impossible to get such effects unless you use some sort of external software to apply these effects to photos after you’ve taken them. GoPro cameras do offer quite a lot of options when it comes to wide-angle shots, but these are all within the lens.

More of a Canon fan than a Nikon fan? Then we suggest checking out the Canon EOS 90D. It’s not the most budget-friendly DSLR camera on the market, but it flaunts everything you may ever need to shoot effortless high-quality images and uncropped UHD 30p videos with ease.

GoPro vs DSLR Ease of Use

When it comes to ease of use, both types of cameras have a bit of a learning curve. However, a GoPro camera will be a lot easier to use than a DSLR camera for most beginner photographers. All you really need to do is choose between photo and video mode, and just start shooting.

DSLR cameras, on the other hand, require that you learn about all of their buttons, including the mode dial, focus, and zoom buttons. It may seem a bit hard due to the intimidating look of most DSLR cameras, but it’s not really that hard at all. Nevertheless, GoPro wins in this category.

GoPro cameras are comparatively more affordable than their DSLR counterparts. If you take the latest GoPro, the GoPro Hero 8, and compare it to a mid-range DSLR such as the Nikon D7200 or even a low-tier camera like Nikon D3200, the difference in price is quite significant.

If the main reason you’re buying a camera is to capture stunning, high-quality images, going for a DSLR camera would be your best bet. On the other hand, if you’re into shooting action videos with super-high frame rates, a GoPro camera will get the job done beautifully.

Your Ultimate Guide To The Best Birdhouse Cameras